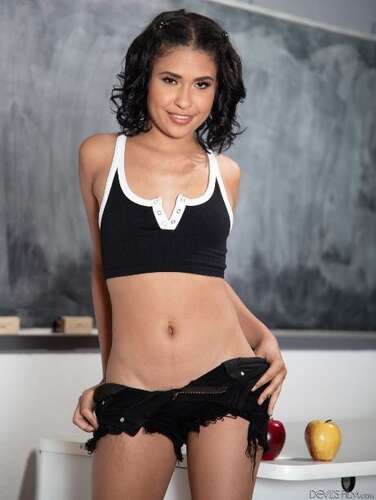 Athena Faris and her girlfriend Ryder Rey are in detention. Athena is annoyed to be there but Ryder doesn’t mind, since she has her eye on the teacher who is supervising the detention – Codey Steele. As Athena and Ryder chat, Ryder tells Athena that she should try dick sometime, but Athena isn’t interested, preferring a strap-on instead. Ryder tells Athena that she LOVES it when Athena fucks her with the strap-on, but it’s nothing compared to the real thing.But Athena is skeptical, and Ryder, looking over at Mr. Steele, tells Athena that she’ll SHOW her. Ryder walks up to Mr. Steele’s desk, caressing him seductively. Athena can only watch in shock as Ryder has her way with Mr. Steele.That’s one way to prove a point! 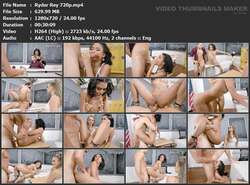