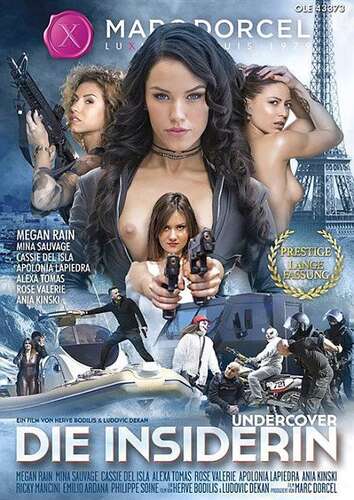 Vasquez rules without contest over the merciless world of drug dealers. With the help of his wife Megan, he does everything to make his business grow. Violence, perversity, lust, everything gives him the feeling of being invincible!
The problem is that his overconfidence might turn against him. Mina, his partner’s young and sensual wife has been living under Vasquez’s protection since the police arrested her husband. Convinced that Vasquez betrayed him, Mina swore that she would do anything to get him out of prison and back at the head of the organization. Led by her desire of vengeance, Mina will submit herself to all the depravations that will enable her to reach her goal. Whether it’s filling Megan’s sexual frustration to win her confidence, or even offering her body to a lustful policeman to prove her desire to collaborate, nothing will break her determination.
Between a robbery where vice and pleasure come together, Go-fast’s chases and an orgy into the heat of the Parisian night … Mina will assume her role as an infiltrated cop in the most enjoyable way.With its ultra-realistic action scenes, breathtaking scenery and its movie direction that sublimates the performances of splendid performers of international fame, “Undercover” will carry you into a torrid story that projects the adult movies into a new dimension…
Archive password: